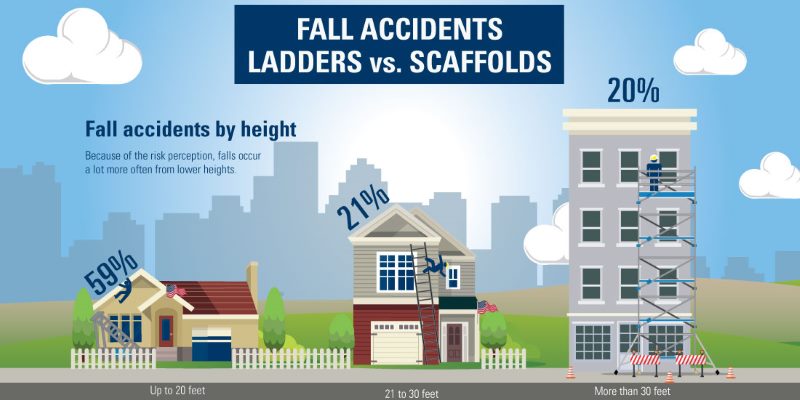 Skipping a step (ladder) towards safety

Every year, OSHA releases its Top 10 violations and citations. Last month at the National Safety Congress, they announced the new OSHA Top 10 for the fiscal year 2016. As you can see from the overview below, not much has changed in the ranking since the year before. However, one phenomenon always strikes us as peculiar….

Each year construction claims the life of more workers than any other industry in the United States. One-third of those construction fatalities are due to falls from height. Looking at the top 10, we see three standards that apply specifically to the construction industry: fall protection (#1), scaffolding (#3) and ladders (#7). It’s with the last two subjects that we see something odd.

For the past 5 years, scaffolding has always been responsible for more OSHA violations and citations than its work-at-height substitute: ladders. From 2012 until 2016, scaffold violations have ranked 3rd in the annual top 10. Ladder violations however, have moved up and down the list. In 2012 they ranked 5th, but in the years after that, they never ranked higher than 7th place. On average, scaffolding generates over 1,600 more violations each year than ladders. 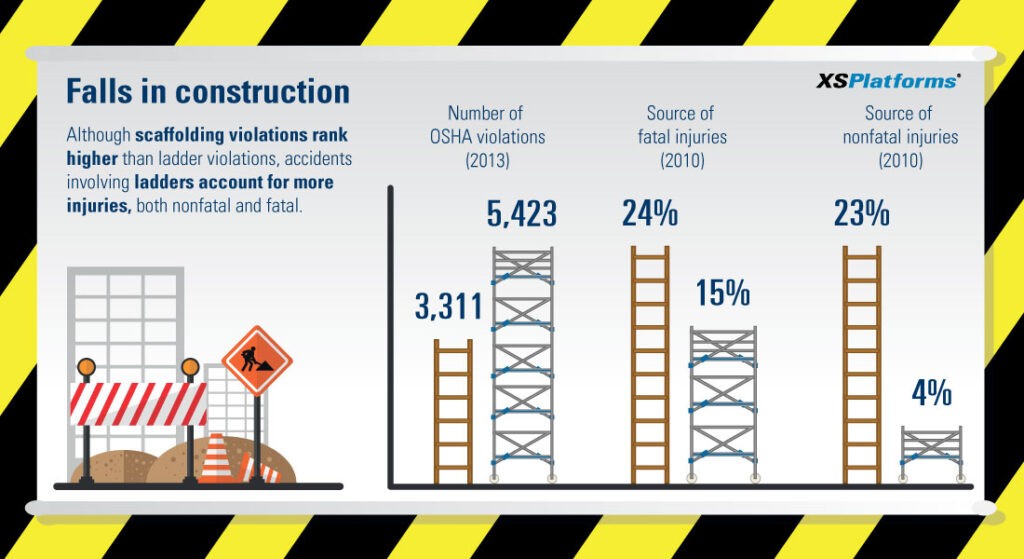 The numbers mentioned above might suggest that more risks are taken and hazards occur when using scaffolds, rather than with ladders. However, looking at the statistics for occupational injuries we see numbers contradicting this statement.

In 2011, CPWR, the Center for Construction Research and Training, released a report based on data from the Bureau of Labor Statistics (BLS). One of the chapters focuses on fatal and nonfatal injuries from falls in construction. Here, CPWR zooms in on the cause of these injuries. Between 2008 and 2010, 981 deaths were reported caused by falls in construction. In 24% of the cases a ladder was involved, whilst falls from scaffolds account for 15% of the fatalities. That’s near half of the number of fatal accidents caused by falls from ladders.

So how come scaffolding receives far more citations each year suggesting more risks are being taken, while ladders are accountable for far more injuries both fatal and nonfatal?

In next following blog, we will further look into the differences between the two systems and come to a conclusion which one is safer in which situation.