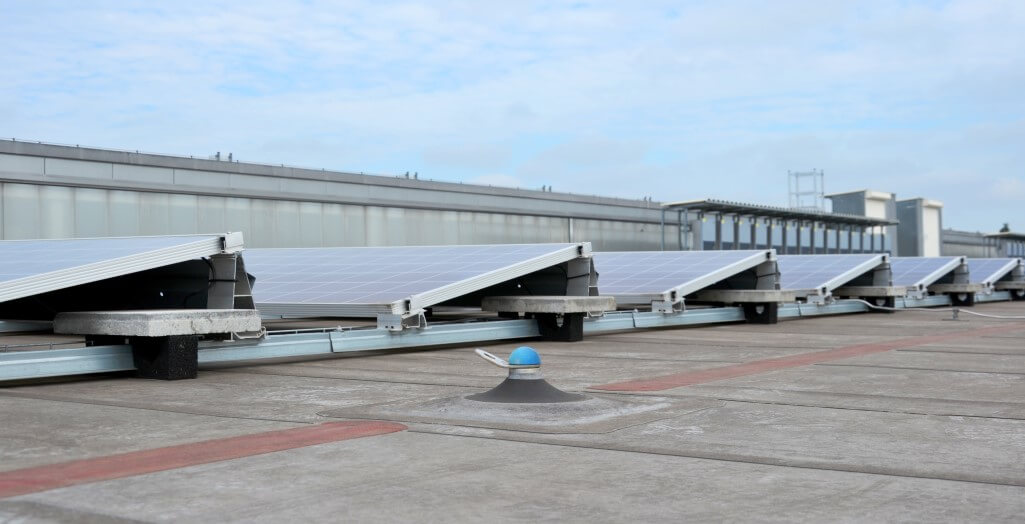 A logistics company, originally from Germany, has a number of large distribution centers in various cities in the Netherlands. Two of their warehouses are situated at business park Ekkersrijt in Son, the Netherlands. Both buildings have a unique character in the field of design, but also have their similarities. For example, the roofs of both buildings are equipped with a very large number of solar panels (about 15,000 units per roof).

To create safe access to the roofs and the solar panels, for example for maintenance or repairs, our Dutch Partner, AllRisk, installed several separate XSGlobe anchor points in two phases.

Phase 1 involved the installation of 60 separate anchor points at the Son 1 location (2012). Phase 2 took place in 2016 at location Son 2 where another 64 anchor points were installed. At both locations, a solution with XSGlobe anchors was chosen for optimum access to the solar panels. These anchors are installed on the edge of the so-called safe zone, in accordance to Dutch law this is 4 meters from the roof edge.

Additionally, anti-pendulum anchor points were installed on the corners to prevent a possible swing fall should a fall occur. 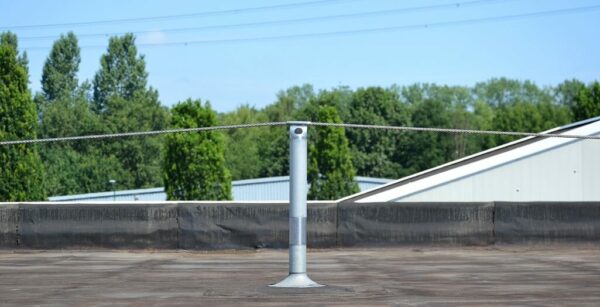 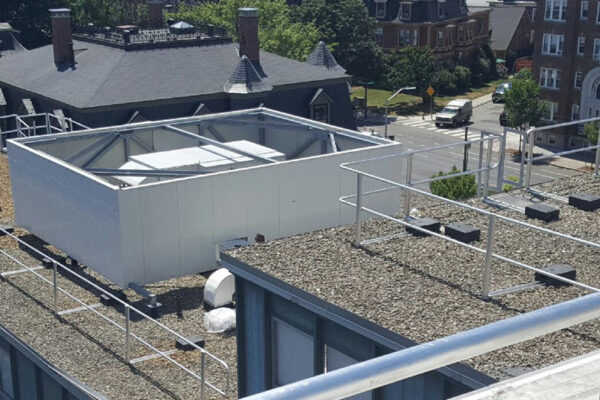